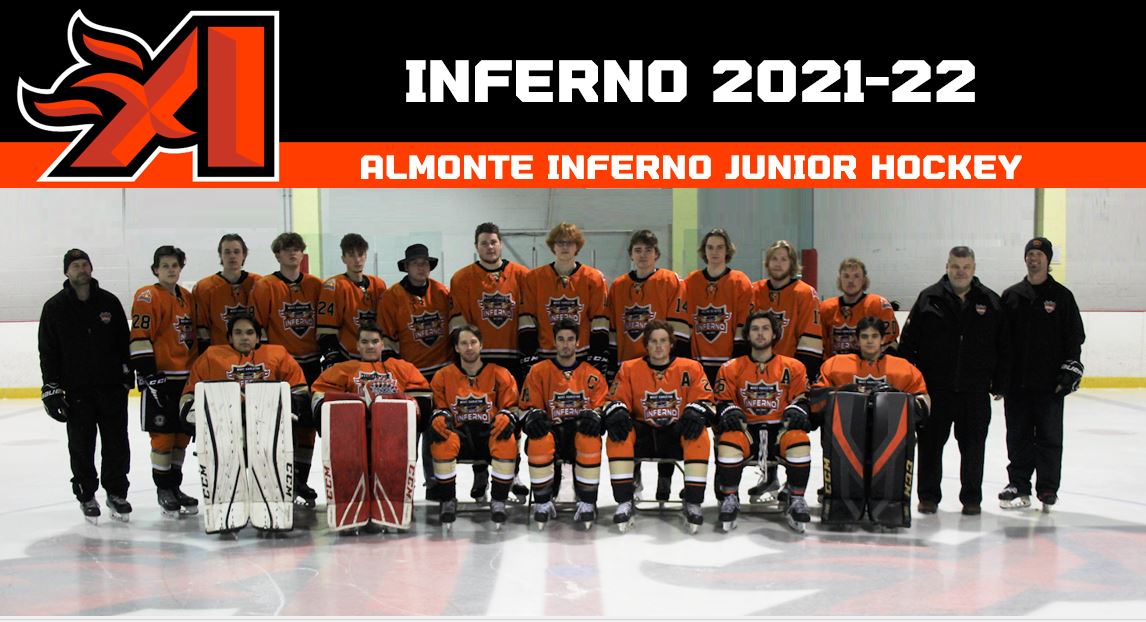 The Almonte Inferno are a Junior C hockey club operating as part of the National Capital Junior Hockey League (NCJHL) in the Ottawa area.  We play a 36 game season with our home games out of the Almonte & District Community Centre in Almonte ON.

Build and sustain a quality junior hockey program with development opportunities for local players aged 16-21 who have the talent, commitment and the desire to continue playing competitive hockey at the junior level while balancing family, school, work, and social activities.

Since our inception in 2017, over 50% of our rostered players annually have been affiliated with Junior B clubs for development and earned opportunities to play up a level in the EOJHL (Junior B) league.  Many Inferno alumni have moved on to play hockey at higher levels including the EOJHL (Jr B), NOJHL (Jr A), USPHL Premier and college teams.

More information about the Almonte Inferno including schedule and sponsorship / advertising opportunities is available on our website: